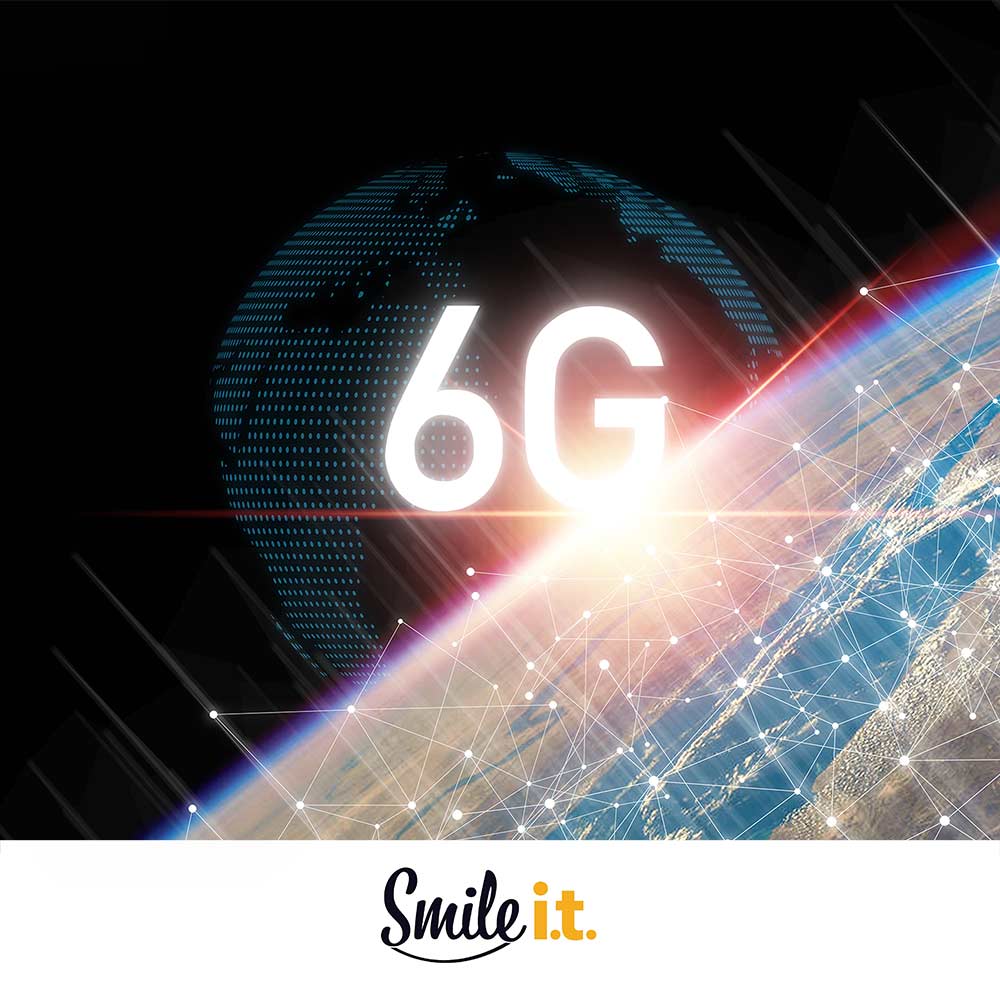 6G – The Internet of Everything

The world of wireless communication doesn’t rest for anything. 5G technology is still being in the process of becoming the new wireless standard, with much of the world yet to adopt the infrastructure to facilitate it. Already though, much is being made of 6G and what it’s lower latencies, higher frequencies and greater capacities will mean for networks around the globe.

6G is the next era of wireless communication, the sixth generation that is following on from 4G and 5G. It’s still a number of years away, with its full benefits only to be felt probably as far away as 2030. Very much under construction and with nothing set in stone, why are we even talking about this technology? Well, because of the immense possibilities and potential it represents.

If what the experts predict turns out to be true, 6G is going to revolutionise the internet itself. Just take a look at the speeds in comparison to 4G and 5G:

To put that into comparison, those 6G speeds are 1000x faster than most home internet connections available today.

It’s not just the speeds that are predicted to be revolutionary. 6G is a response to the overwhelming infiltration of the internet into our daily lives, and the record consumption of data every day. It’s a move to make wireless compete with broadband, to build robust and flexible networks that meet the rising data demands around the world.

Often dubbed ‘The Internet of Everything’, what associated developments can we expect to be ignited by the arrival of 6G?

What Can We Expect from 6G Technology?

Basically, anything you use that requires a network connection right now will be massively improved with 6G. The massive advance in connectivity will lead to similar advancements in Internet of Things devices. Everything that has gained traction thanks to 5G is set to enjoy further positive impacts, with the expectation that 6G could support some of the biggest inventions of the future.

Artificial Intelligence: Experts believe AI is going to be required to ensure smooth running of the exponential multitude of devices associated with 6G. Some are labelling it ‘The internet of intelligence’ rather than the Internet of Things, with claims that “6G’s speed and positioning precision will finally be what allows AI to process and transmit data at the speed of a human brain.”

Edge Computing: This has become a bit of a buzzword of late, and you can expect to hear it mentioned much more in the years to come. Basically, it brings computation and data storage closer to the gathering device. This is faster than bringing it from a cloud-based location that could be thousands of kilometres away. Edge computing services or hardware become a local source of processing and storage.

Immersive Virtual and Augmented Reality: Industry heads believe our imagination is the limit when it comes to the experiences 6G could bring consumers. Rick Garson is the founder of VX Entertainment and he has said “What we’re looking for is really immersive interactive experiences. How do we make the consumer feel like they’re a part of it?” He’s now working on apps “that would allow fans to essentially beam Olympic athletes into their living room, albeit in hologram form.”

The Challenges of 6G Networks

Progress is as much about overcoming challenges as it is about bringing revolutionary new technology to the world.

Security and Privacy: There will be a massive diversity of devices, business types and application scenarios across 6G networks. The distributive nature of the platform means sensitive information is vulnerable, with threats like unauthorised access to data at servers, threat to integrity in the network infrastructure and the possibility of DoS attacks. We need to ensure privacy protection becomes more powerful as 6G is developed.

Sovereignty: Are there going to be global standards in place when it comes to this world-encompassing technology? Or will governments assert control over connectivity in their own countries? This issue could potentially squash the emergence of new communication and connectivity technologies unless it’s resolved.

Environmental Impact: The explosion in the use of IoT devices, machines and infrastructure will place extra burdens on energy consumption and the earth’s natural resources, as well as creating headaches with the disposal of obsolete equipment and devices. Sustainable practices are going to needed to be implemented to ensure minimisation of environmental issues.

Smile IT and 6G

As a company of forward-thinkers, we’re looking forward to the technological advancements in network connectivity over the coming years. Our development and innovation hub, Jetlabs, has a number of Internet of Things projects on the go, and we’re excited to see where 6G could take our work in this space.

If you want to have a chat about software development, Internet of Things, 6G or anything network related, please get in touch with us. We’re a progressive managed service provider based in Brisbane and would love to help your business out with any tech or network queries.