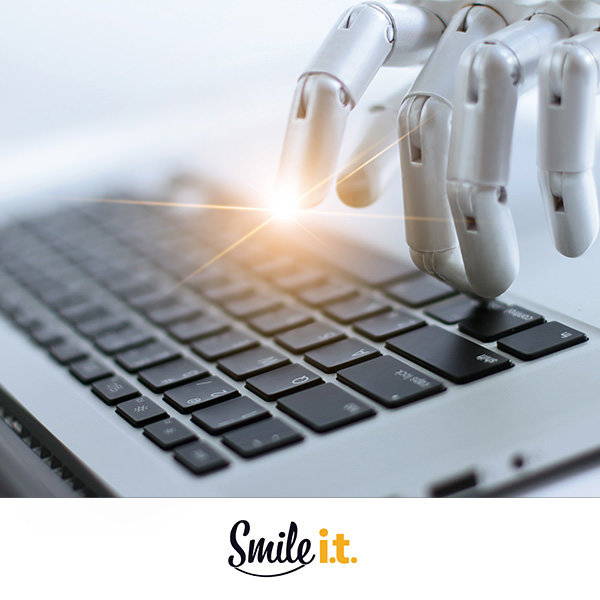 The world of robotics is as likely to instil feelings of wonder as it is panicked fear of android armies taking over the world. But put down the laser six shooter Arnie, it’s not such a bad thing. The truth is as we become more reliant on machines in the home and work space, they make our lives easier. The IT world is especially affected by a little something called Robotic Process Automation (RPA) and today we’re going to discuss what that is and why it’s beneficial.

RPA basically takes those repetitive and boring tasks that we all loooove to do and does them for you. In a nutshell it allows software to copy how a human uses a digital system to carry out a function. The software (or ‘robot’) is actually able to emulate a multi-step workflow using different applications and platforms.  This sets it apart from the more standard robotic automations we find in manufacturing and on assembly lines.

The Benefits of RPA

Largely designed with volume-heavy, repetitive office functions in mind, RPA can significantly decrease the burden on a workforce. It’s a game changer that’s relatively new on the scene and is making big waves in the corporate world. Here’s why:

Cost Effective Part 1: The software itself isn’t as expensive as you’d think. Unlike AI (Artificial Intelligence) which is built to think for itself, RPA still needs to be programmed by a human initially and doesn’t learn on its own. This simplicity makes it a cost-attractive solution for many businesses.

Cost Effective Part 2: You’ve got software churning through tasks that would take a human employee a lot longer. There’s a big saving on time and wages right there. Positive returns on investment happen very fast for most organisations.

Faster Processes: The software robots work a lot faster than a human would. Once programmed, they don’t stop for smoko! A more efficient workplace is the result.

Less Risk: Human error is eliminated. Software robots don’t get tired, don’t forget how to do things and don’t make mistakes. Consistency is a given, as is compliance.

Boosts morale: Data entry, file moving, filling in forms… soulless tasks that’ll suck the life out of your employees. Get RPA onto them instead, and let the team concentrate on more fulfilling and important things.

Improved Customer Service: Your valuable staff are no longer weighed down by onerous office tasks. They’re free to work more closely with customers and ensure a more positive business experience for them.

Works with Existing IT Systems: Rather than replacing what you’ve already got, it leverages your systems and maximises their output. Just like a human being would do… except better because *see above*.

So, here at Smile IT we feel that automation and robots are here to stay. It’s something we need to embrace, and the sooner we do that within our IT, corporate and office structures the sooner we can enjoy their benefits.

If you want to find out how to streamline your organisations workflow using Robotic Process Automation, get in touch.