A successful mid-tier mining corporation, our client has a head office in Brisbane and a mine site in remote Far North Queensland. It’s Smile IT’s job to keep their IT network and connectivity at a world-class standard. We achieve this through high levels of IT governance and maintenance. When a problem arises we deal with it swiftly, as happened in this case.

In this day and age in Australia slow internet speeds are not something we encounter very often. But the truth is, once you’re outside the major urban areas, they become a reality. When you have a large mine site in the isolated Queensland countryside, it’s a challenge that needs to be met fast and effectively.

Our client’s internet speeds took a turn for the worse, to the point where it was negatively affecting their operations. Due to their remote location and a growing reliance on their single connection, it became heavily overloaded and sluggish.

Let’s look at some ways slow internet speeds will affect a corporation such as our client:

– Delays in emails being sent and received. Aside from how frustrating this is, it can seriously hamper productivity too. Unfortunately deadlines and directives can be missed by key personnel. Communication as a whole suffers.

– File sharing performance issues.  A failure to transfer important data and files efficiently is challenging and worrisome. For our client, transferring between head office and the remote site became a serious problem.

– DR (Disaster Recovery) risks. With a slow connection, replicating and backing up data in case of a catastrophe can be a slow process. This inefficiency opens up the company to compliance issues, as well as to the risk of losing data permanently.

– The joys of lengthy lag times. There’s nothing quite as frustrating as having a video conference with important stakeholders and not being able to connect to the call.

– Productivity dives. Waiting for uploads and downloads, failing to share files, impeded communications… they all lead to one thing. A decrease in productivity.

An interesting challenge we faced was that because of its remoteness we couldn’t increase the speed of the incoming internet connection into the mine site. We had to figure out a means of maximising the available bandwidth. We had to take our clients from this: 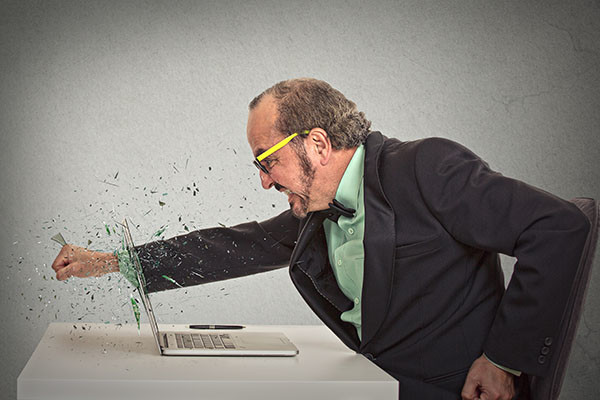 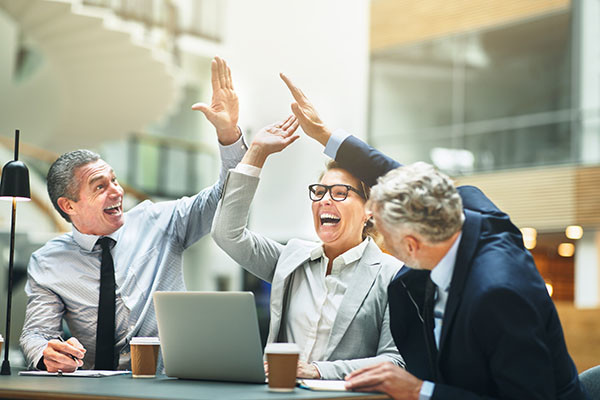 SD-WAN stands for Software Defined Wide Area Network, and Smile IT identified it as the best means of rectifying our client’s internet issues. Basically, it utilises the available internet connection to create a high-performance Wide Area Network through compression and other optimisation mechanisms.

Intelligent Bandwidth Allocation: The traffic through the WAN is managed intelligently through a centralised control function, meaning the right functions within the network are prioritised. This means important business applications aren’t competing with less important traffic for bandwidth. That equals a whole lot less hair being pulled out by employees using vital business software.

For all these reasons and because it’s especially effective in dealing with inter-site traffic, SD-WAN was the perfect solution to our client’s problem of slow internet speeds.

Adopting a whole new network system for a mine site is no small feat. Our biggest challenge lay in the router itself – although the SD-WAN appliance can provide very interesting optimisation capabilities, it cannot fully replace a site router.

Our solution involved still using the router to secure the network from the incoming internet connection. From there, all legitimate traffic was passed to the SD-WAN appliance for the optimisation process to occur.

Smile IT travelled to the site for implementation. As the site runs 24 hours a day, seven days a week, there was a strong focus on minimising downtime. We managed to install the SD-WAN and make the changeover with less than one hour of total downtime.

Implementing SD-WAN put our client on the forefront of wide area network technology, allowing them to enjoy a bunch of benefits:

– Enhanced Agility: Communication between head office and the site drastically improved, as did responsiveness between departments and external stakeholder.

The result was a positive one for our client’s remote mine site, a definite SD-WAN success story. It’s a solution that’s rapidly growing in popularity, and this project is a clear indication of its value.

If your enterprise networking solution is in need of an overhaul, give us a call. We can do an audit of your current system and pinpoint exactly where improvements can be made. Get in touch now.